You are here: Home / PPACA / PPACA 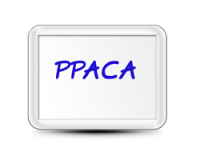 PPACA IS NOT UNCONSTITUTIONAL, BUT IS IT REALLY SAFE? REPUBLICANS VOW TO REPEAL AND REPLACE

In a landmark decision, the Supreme Court today ruled that the majority of the PPACA is constitutional. The Supreme Court clarified that the individual mandate is really a tax and therefore is not unconstitutional. Republicans quickly reinforced their commitment to repeal the law while the Democrats are promoting the good parts of the law while trying to downplay how they intend to pay for it.

The only part of the law that was struck down involved the penalty the Federal government wanted to place on states who may refuse to add to their already over-full Medicaid rolls. While this does not directly impact employers, it may have an adverse impact on employees who now may not be able to qualify for Medicaid, don’t have employer sponsored healthcare and can’t afford health coverage.

One thing is sure after today’s ruling. While the law may not be unconstitutional, it does not mean it is a good law. It will be up to the voters in November to determine the true fate of PPACA. Until then, employers are left trying to implement a law that eventually may be either partially or fully repealed.