You are here: Home / Affordable Healthcare Act / US Supreme Court’s Decision on the Defense of Marriage Act (DOMA) 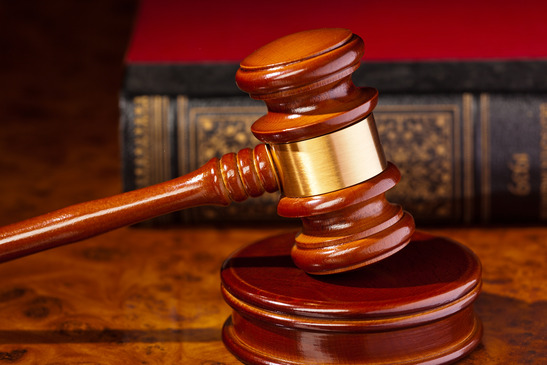 The US Supreme Court ruled that Section 3 of the Defense of Marriage Act (DOMA) was unconstitutional.  This was the section of DOMA that defined a marriage being between same sex couples.  The results of this ruling is that now many domestic partners in this country who were previously denied Federal benefits will now become eligible for the same benefits afforded a spouse. This includes such things as being able to participate in employer-sponsored benefits, filing taxes jointly, receiving survivor benefits and as in the case of the plaintiff who filed the case,  will not be forced to pay higher taxes on an inheritance than a spouse.

In a 5-4 decision, the US Supreme Court upheld that the definition of a marriage should be left up to each individual State and not the Federal Government.  Consequently, in States that have legalized same-sex marriages, the domestic partners will have the same rights under Federal Law as a spouse.    This impacts many aspects of employee benefits administrations and will require employers in some States to begin treating same-sex partners identically as a spouse.

States (including DC) that currently recognize same-sex marriages are:

Domestic partners who do not reside in States that recognize these types of relationships with Civil Unions will not be eligible for Federal spousal benefits.  The Federal Government will only recognize those who are legally married as defined by the State they live in.

Also in today’s decision, the US Supreme Court refused to rule on the case regarding the validity of Proposition 8 in California. They referred it back to the lower courts which could mean a marriage between same-sex partners in California might be legal.

At this point, many who voted for Proposition 8 have vowed to continue to fight against the lower court’s decision and may take further court action.  So for now, employers may need to take a wait and see position until California clarifies what it will do based on the US Supreme court ruling.

The President, who prior to the ruling had instructed that his Administration would not enforce DOMA nor would it defend it, stated the following:

“This was discrimination enshrined in law. It treated loving, committed gay and lesbian couples as a separate and lesser class of people. The Supreme Court has righted that wrong, and our country is better off for it. We are a people who declared that we are all created equal – and the love we commit to one another must be equal as well.”

HHS Secretary Kathleen Sebelius also indicated that she will begin to work with the various governmental agencies to make sure the decision would be applied appropriately:

“As a result of today’s ruling, the Federal Government is no longer forced to discriminate against legally married same sex couples.

The Supreme Court’s decision on DOMA reaffirms the core belief that we are all created equal and must be treated as equal.

The Department of Health and Human Services will work with the Department of Justice to review all relevant Federal statutes and ensure this decision is implemented swiftly and smoothly.”

While the HHS begins to implement changes, employers will need to do the same to ensure they do not discriminate against Domestic Partners.  Even if an employer is domiciled in a State that does not recognize same-sex marriages, they may still have to provide Federally mandated benefits to a domestic partner who is legally married in another State.  Employers will need to review:

What should Employers Do Now?

First, employers will need to determine if they will be required to handle same-sex partners differently based on the State and their current benefit eligibility rules.  If the employer procedures need to be changed to ensure that domestic partners now receive the same benefits as a spouse, an employer should:

Remember, even if an employee now resides and works in a State that does not recognize same-sex marriage, if they are legally married then the employer may need to treat the domestic partner the same as the spouse as far as Federally mandated benefits are concerned.

How does the DOMA Ruling Affect the Affordable Care Act?

From an employer’s prospective, nothing really changes.  Under the Affordable Care Act, a large employer (defined as an employer with over 50 employees) is only required to provide health coverage for the employee and his or her dependent(s).  There is no requirement to offer coverage to the spouse, which means insurance will not need to be offered to a domestic partner.

However, if there is a legal same-sex marriage, the domestic partner will be considered a spouse under Federal law.  Consequently, if the employee is offered an affordable and minimum value health plan, even if the domestic partner or spouse is not offered coverage, the entire family may not be eligible for a subsidy under the Health Insurance Marketplace plans.

However, the person who answers health insurance questions in the office should be aware of what may happen in this situation and employers should ensure that Affordable Care Act communications are consistent with today’s US Supreme Court ruling on DOMA.